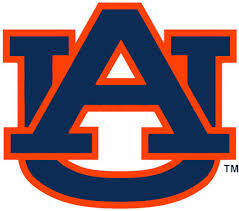 1. I would like to first thank all those who are making obnoxious comments about Auburn winning the BCS National Championship. It makes it way more fun.

2. My wife actually saw more going on than the ESPN commentators. She saw that Cam’s interception was  tipped and they never pointed that out. She also was incredulous that the commentators were wondering if the ball got out of the in-zone on the safety. She’s a looker too.

3. This might have been the only game we watched from beginning to end all year.

4. We had to watch the game on the internet (ESPN3) and they kept showing the Roll Tide commercial over and over. Classy ESPN classy.

5. Auburn fans love Auburn and being an AU fan even when they lose. A National Championship is just icing on the cake.

6. Hey, I’ve got an idea. Why not put a TV in the box with the commentators so that the millions of people watching on TV are not minutes ahead of them on actually knowing what is going on? In the game. They are commenting on.

8. This is my 3rd undefeated season as a fan.