Last week when all this started happening with Tullian and The Gospel Coalition, I, of course began looking into him a little deeper. I knew very little about him, did not follow him on Twitter, and didn’t think I had read anything by him. Turns out I read a book by him years ago called Unfashionable. I’d forgotten he was the one who wrote it, though I remember really enjoying it. So my exposure to him was minimal and foggy at best.

But then I remembered I had downloaded a free kindle edition of his book, Glorious Ruin, a while back. I began to dig in.

Because of the current controversy over Sanctification, this book probably deserves a thorough review. You will not get that here though. But I do want to tell you about two things I learned. Actually, it’s only one lesson with two implications.

At one point in the book, he says, “The gospel is for the defeated. Not the dominant.”

My first reaction was to be comforted. I know what defeat feels like. For two years defeat has been our staple. Our companion. We have spent the last two years looking at the scoreboard and seeing defeat. I tell you that for honesty’s sake. Not pity’s. I am one of those people who doesn’t like to make others feel uncomfortable, so usually when someone asks how we are doing, I respond with something that will be less than honest because defeat is uncomfortable.

And our defeat has been varied. Thankfully our marriage and our church family has been a refuge for us. But nearly every institution has been marked by a defeat. Some probably of our own making. But much of it feels like it is out of control and could not have been predicted or deterred.

Misery may want company. Defeat wants to be alone for the most part. It wants to sit under the canvas of black and look for stars, listen to the blues, feel the cold. Feel the heat.

It took a while, longer than I wish, but it pushed me to the point of needing some hope. At some point, you look around and get tired of all the things breaking and look for something that will not break. Something fixed and strong and a light to dispel the darkness that not only hides good things but keeps you from seeing things as they really are.

So I began reminding myself of who I am in Christ…who I am because of Christ. You can call it “preaching the gospel to yourself” I guess. That’s what I was doing, I was reminding myself that all the defeat I could possibly experience cannot compare to the riches I have in Christ.

Now, you might be expecting me to say that the dark clouds of defeat are lifting. Nope. Hasn’t happened. It may never happen. Which to be honest is very inconvenient right now, because I’d like to return to the pastorate and I’m not sure there are many churches that want someone who feels defeated. Maybe there are, I don’t know. I’ve looked at the job descriptions and tried to shoehorn it in between the lines and it’s not easy to see it happening.

What I will say is this, the clarity of the gospel of grace for the defeated is before me. You have to get pretty close to the gospel being the only good news in your life before you can see the defeat as a gift. I wouldn’t call it a gift you hold, so much as a gift of sight. The more acute the suffering, the better the good news can be seen.

That’s the first lesson. The book didn’t tell me something I didn’t already know. But it did give me some words to say what I already knew.

The second lesson is this, I am not the only one feeling this way. Pastors and plumbers alike are dealing with defeat. Defeat as parents and bread-winners and spouses and friends and artists and workers and ministers and followers of Jesus. Defeat sits at my desk everyday, sometimes in tears and sometimes in rage. Defeat will put on a proud face too.

There’s a song by The Gaslight Anthem in which the words, “all this defeat…” are sung with all the emotion needed. And I think about those words when I run back over all the stories confessed across the expanse of cheap pressed wood of a desk I sit at all day. Just a lot of defeat. They come to me looking for good news in the form of refunds and loans.

So even outside of all the Sanctification discussion flying around social media and the blogs, I have found help unlooked for. This recognition of the gospel being for us who wake sopping wet in defeat and fight for sweet dreams, pushing against the defeat. This knowledge of a hope when all other hopes have shattered as we were defeated.

All this defeat? I’ll take it.

Yesterday Josh Harris of Covenant Life Church spoke publicly about the Nate Morales trial. Honestly, I want to see nothing but sincerity in his words. I have always liked Josh Harris. Even when I didn’t agree with him, I liked what I saw in him.

Brent Detwiler and others, including myself, said that Josh had made an admission of knowing about Nate Morales and the issue of his abuse.
Soon thereafter people were saying they heard no such admission. Joe Carter, of The Gospel Coalition called it a fabrication. Some said we were spreading rumors. Lies even.

Why did we think he admitted he knew about Nate Morales and his sexual abuse of children? The following is what he said around the seven minute mark:

“The three other men who had any connection to handling the Nate Morales issue are ready to do the same thing (take a leave of absence). This is me, Kenneth, Corby and Robin.”

This statement means one of two things. Either all four had to handle the issue of Nate Morales or just the “three other men” did. And since you cannot handle an issue you do not know about, either Josh and the “three other men” knew or Josh did not know and he is throwing them under the bus. And the latter seems unlikely. I just see Josh doing that unless they gave him permission. And in that case, I would expect him to make that point clear. But none of that really jives with everything else he said. The only meaning that makes sense to me is that they all four were “handling the Nate Morlaes issue” and therefore knew.

I’m willing to entertain other opinions as to what this statement could mean.

Last week I stumbled upon evidence that some of my writing had been plagiarized. And my first reaction was a strange anger. Anger mixed with flattery. Maybe that’s what it was. Pride too.

Plagiarism requires repentance. Just like theft. In the pulpit, more so. It was disheartening listening and reading men doing what I want to do, using my writing without giving me credit. I was mad. And then just got more mad.

And then I read the following from Marilynne Robinson’s Gilead:

“I fell to thinking about the passage in the Institutes where it says the image of the Lord in anyone is much more than reason enough to love him, and that the Lord stands waiting to take our enemies’ sins upon Himself. So it is a rejection of the reality of grace to hold our enemy at fault. Those things can only be true. It seems to me people tend to forget that we are to love our enemies, not to satisfy some standard of righteousness, but because God their Father loves them. I have probably preached on that a hundred times.”

So I’ve decided to pray for them as pastors to fight my own anger and pride. I’m still mad. Give me a week. 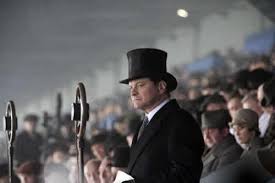 1) My youngest child has begun doing some serious stuttering in the last few months. I’ve never looked into whether this is something handed down from parent to child but my own struggles and difficulties with stuttering make me hurt for him. Those who ridicule stuttering cannot know what they are doing. It is a painful thing to live with. Daily pain. It affects you socially in ways you cannot even know until you are an adult. I go through seasons where I stutter very little. But the fear is always there that I will be talking with someone and the words will not come out. And there are the seasons where you have to forgo saying certain things because you know words that start with ‘h’ will never pass across your lips without the repetition that makes people uncomfortable or induces ridicule. Do you know how many greetings start with words beginning with ‘h’?

2) I’ve been doing really well at work but it’s been hard to enjoy. A guy I work with is not doing well and he is getting very discouraged. It’s painful to watch because I’ve been there. You’re just waiting to get called into the boss’ office while you watch someone else succeed. The business world can be a dark place.

3) Watching someone struggle with belief can be attractive. It seems to be the thing to celebrate nowadays. But we need to understand that clarity of conviction is also attractive. At least it should be. In a world of shallow and soft thinking, clarity of what you are convinced of, should be prized while being patient with those who are sincerely struggling to get there.

4) Prediction: Kids in little league will soon have agents.

5) I’ve been reading Calvin’s Institutes for a couple of weeks and so of course I’m thinking about what is typically considered Calvinism. And I’ve been thinking about objections people have to the “5 points.” I sympathize with the objections since I was once an objector. But there are two things that I want these people to see outside of the goodness of “Calvinism.” People often complain that it doesn’t make sense and logically cannot be true. I usually respond with a question, “Do you hold any other beliefs that are hard to understand?” And then I ask if they believe Jesus is both God and Man and if they believe in one God that is three persons. The second thing I want them to see is specific to those who like to describe faith and belief and the Christian life as “messy.” These are people who revel in the contradictions. I like these people. In many ways these are my people. But one seeming contradiction that is just too messy for them is predestination/election. They often ask “how could a loving God do…” and they do not want a messy answer. They want squeaky clean answers. Bleached. I like these people but I fear they use “messiness” as a soft place for their unbelief to land.

6) I long to be a pastor again. Sometimes it’s painful. But I’m content to be where I am and do what I can where I am.

7) I think we are coming to a point in the history of our country where the most evangelistic endeavor we participate in will be faithfulness to our creed and love for those who despise it. Both will be very difficult.

8) There are a number of things I do not like about myself. But the thing I despise the most is when I laugh at other people’s expense. Making fun of people. Ridiculing them. It’s a short-term solution for my insecurities. Couple that with my own inability to laugh at myself sometimes…

9) Some: Theology is divisive.
Me: (shrugs shoulder) OK.

10) My wife’s birthday was yesterday. She is a joy to hold and a joy to behold.