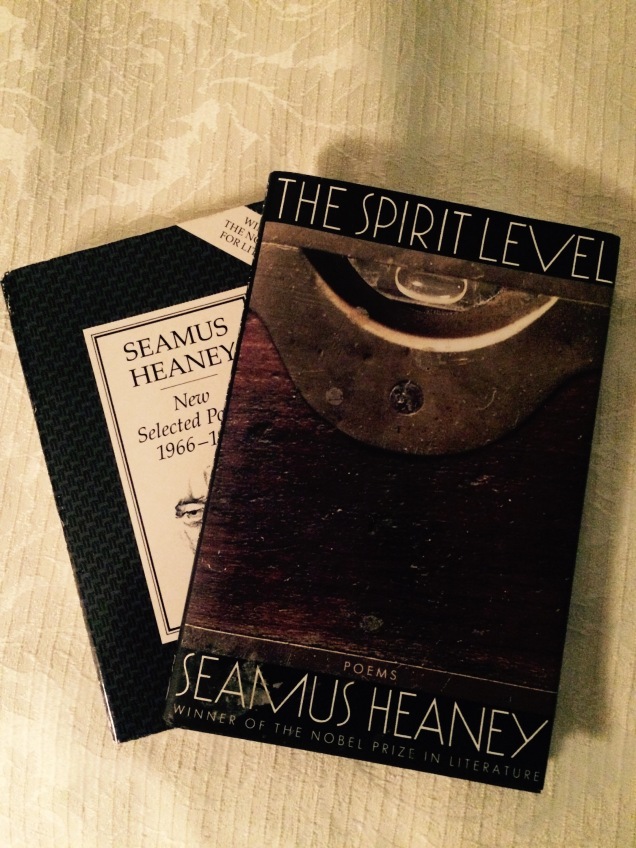 1. I cannot remember a time when Sunday night was not a time of anxiety and dread. Till now. A few of you can possibly understand. But not many.

2. Listening to Van Morrison while the Cicadas sing their songs out of doors, while we sit around listening, makes for a good Sunday evening.

3. My wife’s leftovers are better than most meals.

4. Finding two of Heaney’s books of poems at the used bookstore is better than finding money in last year’s winter coat.

5. Believe it or not I’ll miss some parts of my job. But I suppose that even soldiers once in the hell of war miss the companionship and friendships made and lost.

6. Last weekend we celebrated the new job with friends. We congratulated each other as a joke. But it was the kind of joke with depth of meaning and it meant more than gold could ever mean.

7. Why not all the Van albums on vinyl?

9. My daughter, who used to sleep soundly on my chest, got her ears pierced today. She starts 7th grade on Thursday. (Reaches for Xanax)

10. American Christianity has produced an environment where the head of an evangelistic ministry who also heads up one that targets the poor the world over, makes $880,000 a year. And hardly anyone thinks that’s a problem.

May God have mercy on us.

7 thoughts on “Random Thoughts on a Sunday Night”