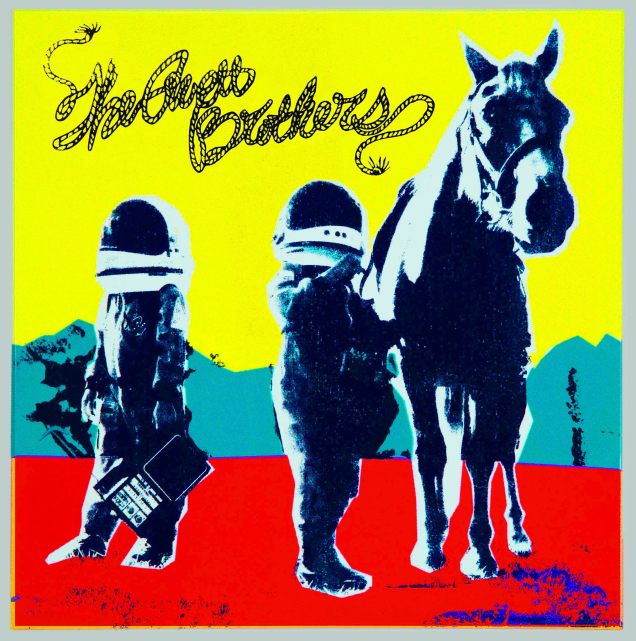 I wrote this piece a few months ago and the publication I sent it to never published it. I forgot I had written this till an article I read the other day about the new documentary on The Avett Brothers.

Then yesterday, two things happened that caused me to revisit this article. A terrorist attack that caused acrimony on social media before the dust settled. And an ugly fight between one of my former Seminary professors and a prominent writer and thinker.

The Need For True Sadness: Why This Is My Favorite Album of 2016

Let me start with a story.

Almost two months ago, my friend and I travelled a few hours to see a band in a run-down club. We saw this band live three years ago at a little festival in our hometown. Blown away, we swore we would go see them again if they came anywhere close. We got there early. There was only one row of people between us and the stage.

Two “bands” I did not know opened up. The first was just two girls. One on drums and the other singing and playing a distorted electric guitar. I’m not sure if they were any good or not, I was too distracted by the drummer. She looked so strung out. And I could only think, “this is some man’s daughter.”

The next band had a similar set up. This time it was two guys and the one at the drums sang. And he looked like he had been in a fight. And he had, as he told the crowd later.  Their music was mosh-pit inducing and we ended up too close to the action. At one point, after I had to push a guy away because he began kicking the women (they looked like they had just come from a PTO meeting) next to me, he rejoined the melee of the mosh pit and then he or one of his moshing friends punched me in back of the head.

That was it. I was done.

This was one of those moments of clarity you only get a few times in your life. You cannot orchestrate them. They are just given by God. I had a moment of clarity in which I asked why, at 45 years old, I was in a  place like this among music like this and people doing this. My friend stayed up front, but I spent the rest of the night at the back of the room near the bar, hoping the resulting headache would go away. I couldn’t really enjoy the band we came to see. maybe it was the girl doing drugs next to me in the back of the room. Or the one, who looked like an anime prostitute with an accountant.

For the next two weeks, I don’t think I listened to anything except Jazz – Thelonious Monk, Coltrane, Brubeck, and lots of Louis Armstrong. I wanted everything to sound and feel as different as possible to the darkness and violence I experienced in that club.

And then one day I was on Twitter and saw something about a new Avett Brothers’ video. Someone foolishly said this was the video we needed at this time. I took that statement as a reference to the weeks following the election and all the arguing and fighting. Rolling my eyes, I kept going through my feed. But then I saw it again and again. People kept talking about this video.

My knowledge of The Avett Brothers  was limited. I own a few of their albums but never gave them a whole lot of time. In my estimation they were the epitome of hipster music. “Ain’t No Man” was played regularly on our local radio station. Catchy, but I never really paid it much attention.

I’m not sure why I gave in and watched that video on the Saturday morning before Thanksgiving. But after watching it only once, I agreed. “No Hard Feelings” is the kind of song we need.

When the sun hangs low in the west

And the light in my chest

Won’t be kept held at bay any longer

When the jealousy fades away

And it’s ash and dust for cash and lust

Love in the songs they sing in the church

And no hard feelings

I watched that video again and again. And then the video for “Ain’t No Man” over and over. And I then went back to all the albums I did have and listened to them. And when I say listened to them, I really listened to them. I was not just being entertained, I was taking in their lyrics like literature to see what I had missed.

And then on Thanksgiving day, thanks to a late birthday gift, I bought their new album, True Sadness. I have listened to it at least once every morning since.

My wife and I have been watching Ken Burns’ Jazz. And what strikes me every time I watch these stories is how Jazz musicians were at the forefront of setting aside racial hatred and being kind to each other regardless of skin color. The music was the vehicle to bring together not only musicians but fans. For even as our country was fighting against the racism of Germany, the military was segregated. But Dave Brubeck’s jazz band was not. The music was being used to set aside the violence of prejudice and replace it with kindness.

And what has continually moved me as I listen to the Avett Brothers’ newest album – and all their other albums for that matter – is how kind the lyrics are. Their songs seem calculated to encourage and dignify not only their people but everyone everywhere.  And this is done while at the same time showing a humility and recognition of their limitations and broken-down conditions.

Take the title track, “True Sadness” as an example. While this is not the song getting all the press, it is the “center” of the record without question:

I cannot go on with this evil inside me

Just know the kingdom of God is within you

Even though the battle is bound to continue

‘Cause I still wake up shaken by dreams

And I hate to say it but the way it seems

Is that no one is fine

Take the time to peel a few layers

And you will find

In a culture that prizes gritty, cynical and mean-spirited dialogue under the banner of honesty, The Avett Brothers’ songs are a shot across the forward bow of open-hearted kindness about their struggles and weakness. When was the last time you heard a song about the evil being inside them and not “out there?”

And the limitations of our own lives?

You got to go somewhere, ain’t that true

Not a whole lot of time for me or you

Got a whole lot of reasons to be mad, let’s not pick one

I could be exaggerating, but the landscape of modern music for the most part wants us to be mad. About something. Anything. Maybe it has something to do with our desire to be under the tyranny of cool. Being mad and being cool have gone together since James Dean and Marlon Brando. The smirk and the sneer reign supreme. And a smirk and a sneer seem required in music these days.

But this seems wholly missing from the The Avett Brothers. And not only in their songs but in them also. In interviews their kindness and humility is inescapable. The more I get to know them, the more likable they are. I also get the impression they would be the first to admit how much they fail at this kindness.

And that consistency of kindness and generosity of spirit spills over into their fan base as seen on the Facebook page, Avett Nation. There you can sign up for Avett Mail and someone may send you everything from a CD, or a sticker or a handmade ornament. Or all of those. Why? because they enjoy the music and being kind with that enjoyment. There you can also donate to St. Jude’s, where Bob Crawford, the bassist’s daughter was treated for pediatric cancer. You can get encouragement in the form of lyrics. And those who cannot attend a live show encourage those are getting to attend. It would all be so very cheesy it if were not so rare and needed in this jaded world.

Last week I saw an interview with them at Google in Detroit and they talked about the kind of songs they write. Seth Avett says they could be performing for 20 more years. And if they are going to be playing these songs over and over thousands of times, they need to be songs they believe in. They cannot be about the “dance floor,” he joked. As soon as he said that, my mind ran back and noted the message for each song on the newest album:

In other interviews you will read of their love of great works of literature, all these books with a metaphysical bent. Tolstoy, Pascal, and Bonhoeffer. These are some of the most revered writers in the world. When I learned this about them, it left me in no doubt about the seriousness of what they are singing. In the stratosphere of their own hearts and minds, I think what they read is a witness. The songs above all are part of the great discussion about what it means to live wisely before God on this earth in the limited time we have.

That’s how you get an album titled, True Sadness.

This is rare air they are breathing and I am glad we get, through listening to these songs and singing along, to take in some of that air. My hope is that it makes me a better person as a result and not merely entertained. And that’s the whole point of the album, anyway.

19 thoughts on “The Need For True Sadness: Why This Is My Favorite Album of 2016”