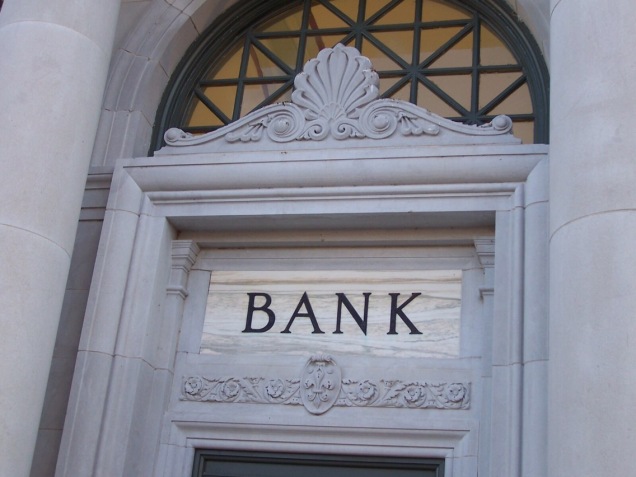 Part One is here.﻿

The following is a true story.

“You have been scheduled for Remedial Credit Card Training. You will need to report to room 501 at the downtown tower at 1PM on…”

That was in a stomach plunging and chest tightening email. I should have been used to these emails. My numbers were consistently low and if I remember correctly, I was on probation because I had not met the required minimum of sales dollars in a given quarter.

I admit, I was not very good at being a banker.

Once, I was struggling to help a young lady, who was having an issue with her account. In the midst of the struggle, she stopped and asked me a question…

“What did you do before banking?”

“You need to go back to that.”

The context for receiving the email was a huge push for credit card sales. Obviously, credit cards are a huge moneymaker for banks. So that was part of the reason for the emphasis. But what I remember the most was all the talk about The Golden Boy.

The Golden Boy (not his real name) was a fairly new employee, who within a few months had achieved unheard of sales numbers and they were almost all credit cards. Those sales numbers were determined by the credit limit of the credit card. He was in the hundreds of thousands. Keep in mind the average credit card is about $10,000. We would have a branch meeting or a meeting with the regional manager and in each meeting there was a shaming. The Golden Boy’s numbers would be given and we would be made to feel awful because none of us had numbers anywhere near his. We listened and then left the meeting with the assumption he was doing something not quite above aboard.

You only got a “Remedial Credit Card Training” scheduled for you if they thought you were not selling enough credit cards. And by their standard, I most certainly was not. Part of the problem was I did not want to sell credit cards. That sounded awful in and of itself. Going to additional training because they want you to do more of the thing you have no desire to do was depressing. Trying to sell credit cards sounds painful for one reason. It is painful.

When I took the job at the bank, I had no idea how much active sales there would be. I assumed I would sit at a desk and wait for people to come in and open accounts. But I began to see very quickly, not only was I expected to get as many sales whenever someone came in the bank, but I was expected to drum up business by making sales calls over the phone. We had “call lists” we had to work through. We had to call “clients” who were already banking with us and the goal was to make a sale depending on the offer for a given list. The goal was to get more accounts open. You have a checking account? How about another? You have a home? How about a mortgage?

You get the idea. If I had known this, I would have never took the job.

Once I was in another meeting that was also remedial. This meeting was attended by those of us who were struggling in all the sales areas. This meeting was led by my regional manager and his boss. This meeting is easy to remember for two reasons. I was sick with a fever but did
not realize how bad I was till that meeting. Second, and related, my boss’ boss said, “Your job is basically retail with better hours.”

Banking is not what it once was and was certainly nothing like what I had in mind when I took the job. When anyone walks into a bank, they are walking into a retail shop that sells debt and other lesser products.

When I got to the Remedial Credit Card Training, I was glad to see familiar faces. Some had been around longer than myself and a few were even in management. Let me set the stage.

The training was downtown at “the tower.” The room we were in was long and narrow with a table at the front and about 12 tables for for the trainees. There were six on each side of the room with an aisle down the middle of the room, and two people were to sit at each table facing the front. There was a phone on each of the tables, which could only mean one thing… we would be calling customers while being observed by either the person beside or by a trainer. So I looked for someone I knew to sit with. Seeing all this took only a moment and I thought this would be the worst thing about remedial credit card training. But then I saw the Golden Boy sitting at the front of the room with our regional manager and one other man I did not know.

The man I did not know was from the credit card department and he started the meeting by going over all the benefits of our bank’s credit card to use as sales pitches. After he was done, our regional manger began to tell the amazing story of The Golden Boy. After extolling his sales numbers, he was very explicit about how he’d done this with integrity. In other words, he was aware of our suspicions. Then he explained we could all learn from him and his sales skills. He did not imply we should be as successful as the The Golden Boy.

The Golden Boy was then asked to demonstrate why he was so successful by doing a role play of a phone call with a client. The client would be chosen because they were on a list of clients to be called with a credit card offer. That may sound obvious but you need to understand this simple fact to make sense of what you’re about to read.

The following is an example of a role play with my regional manager:

“I’m fine, is anything wrong?”

“No, we just like to periodically check in with our clients to see how things are going and to see if there is anything we can do for you.”

“Thank you for calling but everything is fine.”

“Okay good! OH WOW! There is something I need to make sure you know about!”

The Golden Boy then explained to us the how important the “OH WOW!” was.

That’s what we were to learn that day in Remedial Credit Card Training. We had to practice it over and over right then and there with a partner while being observed and then call customers and use that technique in hopes we would get enough information to then go back to the branch and enter the credit card application.

Usually a bait and switch comes in the form of advertising what looks like a good deal and then substituting it with an inferior product or something more expensive. The problem with the bait and switch is a dishonest means is used for a sale. You use one thing to sell something else entirely.

That was the first time I considered walking out for good.

4 thoughts on “The God of All My Tomorrows, Part 2”