In Part One, I told my story of discovering Van and why this series of posts.

In Part Two, I provided 10 elements of Van’s music that might help you listen.

Some thoughts before we jump into this time period of Van’s work.

First, listening to these albums over and over so I can write about them has been a unique experience. As I sit here and listen to the final notes of “Scandinavia” I think about how good it is to write about something you love and people read it.

Second, when I listen to these albums in order, I hear links and transitions I otherwise might not notice. Period of Transition and Into the Music sound nothing alike. but when you listen to them with Wavelength in the middle, the sounds and changes make far more sense.

Third, my appreciation has grown deeper as I listened with the intention of writing. The great Southern writer, Flannery O’Connor wrote, “I write because I don’t know what I think until I read what I say.” This has been the case.

Finally, my appreciation of Van’s body of work has grown. He really is “the man.” And the following albums bear that out just as much as the last.

It’s true. I’ve enjoyed some albums on vinyl more than through other mediums. It reminds me of my childhood, it keeps me present, and there is something more human about the physicality of placing the record on the turntable and then placing the needle on the record. It may not always sound better but I always enjoy the experience more. But with A Period of Transition I did not like the album much at all till I heard it on vinyl.

I usually buy a record on vinyl because I like it. But this was different. I’ve gotten to the point that this album is more than a little enjoyable. Maybe it just took a few more listens. It’s still not a “great album” and is easily the weakest record in his whole catalog as far as I’m concerned. But I now think this collection of songs surpasses the actual cover art. which honestly is not that much a feat.

It makes sense this album sits between his weakest album and a great album. The second side of this one is really good and the album ends with one of my favorite songs by Van. “Take It Where You Find It” is almost nine minutes of emotionally epic music. There are a few other good songs but none like this on Wavelength. This album is worth having if only for that one song.

Highlights: Kingdom Hall, Sante Fe/Beautiful Obsession, Take It Where You Find It 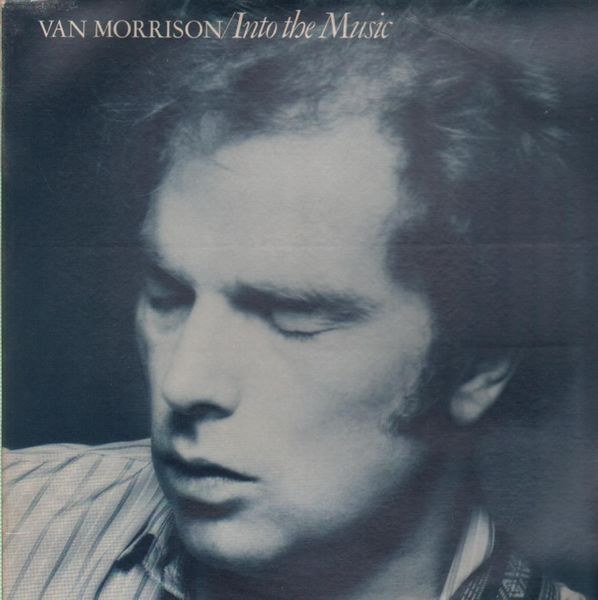 Into the Music is a perfect album of what could be called Celtic Pop Soul Music. It has a lightness and depth and height that you long for in every Van offering.  I love every song on this album. Every. Single. One.

If you go read reviews of the album when it was released, the praise is nearly universal. It is described as an album of hope, grace, and pure beauty. Rolling Stone’s Album Guide gives it five stars. And the original review in RS said, “There’s much beauty on this LP, but very little that’s simply pretty.” I think that’s right.

Into the Music is a testimony to how wonderful Van’s catalog is. I’ve never even considered it my favorite. And yet, it is so wonderful. I know of no recording artist’s greatest hits collection that is better than this album. I gave up on trying to list the highlights. 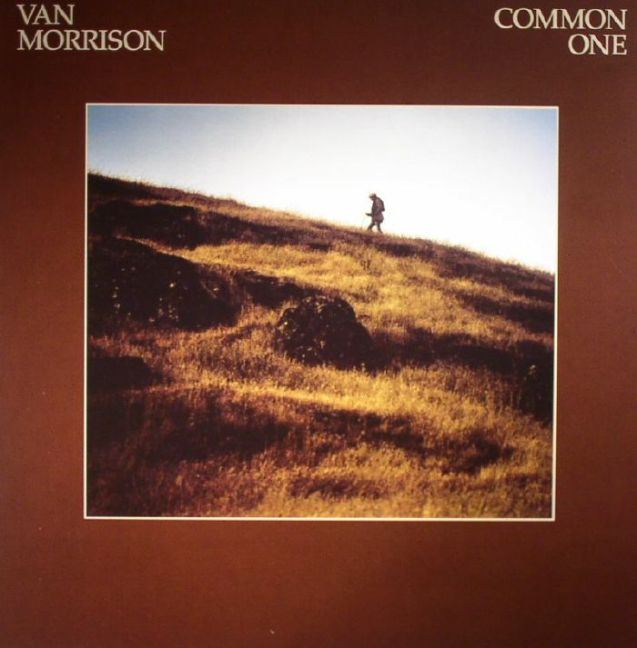 One of the rules of Biblical Interpretation I teach my 10th graders is the need to read the Bible “existentially.” This means, you need to crawl into the skin of the characters and try to understand what they would have felt and thought. So I wonder how people felt when they went to buy this album and saw that it only has six tracks. Could they tell that two of them were just over 15 minutes? Did they know they were picking up an album that was so totally different from the one before?

Funny story. About 10 years ago I was on amazon music and looking at this one. I’m not sure how it happened but it alluva sudden started downloading and said, “Thank you for your purchase.”

I emailed amazon and they refunded me and told me to just enjoy the album.

And I did. And I have now for 10 years. I actually don’t listen to this album a lot. Not because of the quality of the album, because Common One is a fantastic album. But it is one of those pieces of music that requires a certain context. I don’t say “piece of music” lightly. There is a cohesive symphonic feel throughout. It sounds like what I would imagine the countryside of the Britain and Ireland to look like. Beautiful and transcendent. Also, you really need to listen to the whole thing in one sitting.

I used to get mad about the inclusion of the song “Satisfied.” It is so different from all the other songs. It does not “fit.” But this past week I was listening to the album and I was struck how it acted as an emotional reprieve. “Summertime In England” will lay you out and take you to heights unknown if you are not careful. I needed a chance to take a breath while on the emotionally roller coaster that is Common One.

Common One feels like it dropped through the roof of the sky as gift from above. And never has the music and the album fit so well. Also on this album, we get our reference to “Avalon.”

Highlights: Haunts of Ancient Peace, Summertime in England, When Heart Is Open

Those who know me, will not be surprised I have had more than one memorable moment listening to Van in a library. As a pastor, writer, teacher, and a lover of books, I have spent a lot of time in libraries. I was pastor of a small church in Birmingham when I first sat down and listened to this one about a decade ago. I was sitting in front of a huge window in my favorite chair.

No really, it is still my favorite chair.

I put in my headphones and started from the beginning and man, I was transported. That was one emotional experience. So many moving melodies and Van’s singing is just perfect. After searching for the right word to describe Beautiful Vision, I kept coming back to “measured.” But that’s not quite right. It’s just this steady stream of beautiful word pictures, and each song is in good proportion to the other.

This album has the distinction of including “Vanlose Stairway,” which is probably a top five van song for me. (I may have eight to ten top five songs.)

I’m not sure Van has more aptly titled any of his albums. Don’t let the cover art fool you.

Inarticulate Speech of the Heart: 1983

If you looked at the cover of this album and surmised there would be a lot of synthesizer on this album, you would be correct. This one was released in 1983, you know. But don’t let that scare you away. Now that you know this fact, it might not be so off-putting. It’s true, most of these songs would be so much better if they did not contain the synthesizer. And we know this because we have live versions of some of these songs and they are something else entirely

In all seriousness, Inarticulate Speech of the Heart has some great songs. What distinguishes this album for all the others is the inclusion of four instrumentals. There is also a decidedly very Celtic sound throughout this album, foreshadowing things to come.