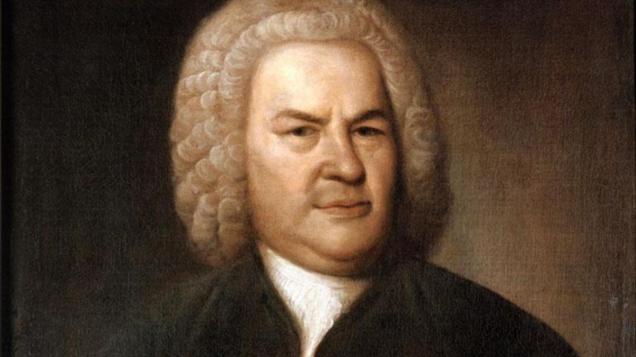 And It hasn’t been quite a year yet. But there have been very few days I have not at least once put on a record or played a piece of music in my car or watched a video of his on YouTube. I’ll listen while I’m preparing to teach a class or even after a particularly bad class. But more than anything I’ve enjoyed sitting in our living room at the end of the day with the music of that faithful genius filling the air.

How Did It Start?

I teach a Sunday School class to young parents. When you’ve taught the class for awhile, they get to know your likes and dislikes. And my class knows I love records. So a young couple in my class brought me a stack of pristine records that I think had been his parent’s. Rock, pop, jazz, country, and a few classical records.

But really, it started with Beethoven.

One Sunday night back last Autumn, the kids were all in bed and my wife and I were listening to some Beethoven from that stack of records. I can remember the cool air outside. The house had gotten dark because the days were growing short. My wife drives a bus for the insurance, I am a teacher, and we were doing everything we could to suck the marrow out of a quiet Sunday evening before the chaos of the School week.

After listening to Beethoven for about an hour, I grabbed the Bach record for the first time and put it on. The first side was the first of the Brandenburg Concertos and side two was the second and third. I remember my wife saying, “You can play that anytime.” And I also remember being glad she said that because I enjoyed it too. This music was different. Different than Beethoven. And different from what I normally listen to.

Maybe some context will help. 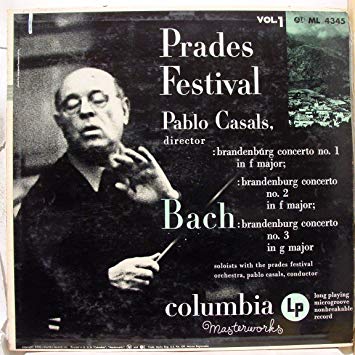 Classical music was not my thing. It’s possible I listen to it more than most people. But really, that’s not saying much because most people listen to none. But you need to understand my record collection is varied and leaned in a very different direction. I have dozens of Bruce Springsteen, Van Morrison, and Bob Dylan records. My jazz collection fills a shelf and as well as classic country.

My classical collection of records was the smallest section. There was some Mozart, Beethoven, a Pavarotti, and that one Bach. That’s mostly it. I had more Christmas records than classical.

I have no memory of ever listening to Bach before. My feelings toward him were pretty cold and I don’t know the reason for this. Maybe it was because he was from the Baroque period and that was before the period of Mozart and Beethoven. Maybe I just assumed his music was just too old.

I take that back. About 10 years ago, I downloaded Yo-Yo Ma and the Cello Suites, which were on sale for $2.99. But I almost never listened to them and when I did I never got past the Prelude of that first one we all know. And until that night I had forgotten I owned them. 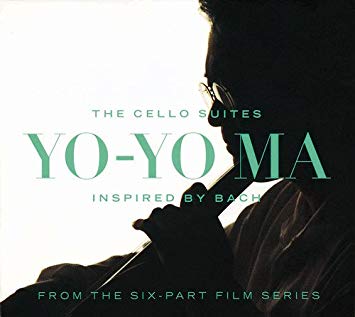 But that one Bach record had quite an effect on me. I listened to it again and again. And then I listened closely some more until it got under my skin. And then I started listening to those Cello Suites. And they sounded like life and death and every thing beautiful I’ve ever known and every star firing in a cool October night sky.

I am a full time theology teacher at a private Christian school and a part-time pastor. So this transcendent music I had been listening to now made more sense. I don’t know how else to put it, but the sound rang too true for me to be “surprised.” True, in the sense of this is the music all other music owes its value to. This is the music all other music is trying to catch up to. It’s true, I was blown away by his sincere commitment to the gospel but I was not surprised because that faith and those sounds were in sync. I had not even listened to the St. Matthew Passion. Or the cantatas. Or the B Minor Mass. Only some instrumental pieces.

Two things happened. Well, ti be honest, I made them happen. I started reading every thing I could about Johann Sebastian Bach. And I started buying Bach’s music on vinyl in earnest.

One story will demonstrate my new obsession.

My wife and I were in Nashville for a long-awaited concert at the Ryman Auditorium on my birthday. The day of the show, I woke up early and before she opened her eyes, I had sold those tickets at a profit. We were both relieved to not be going because of the crowd and our desire to just relax. And I used some of that money to order Hilary Hahn’s Bach LPs. 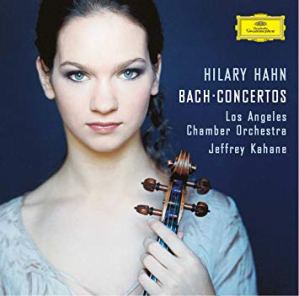 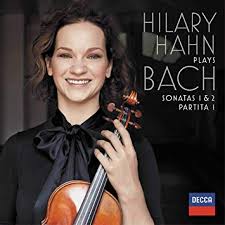 After breakfast we drove over to McKay’s and after looking at books, I went upstairs and on a whim looked to see if they had any Bach records. I went through every bin in the classical section and walked out of that store with every single one they had –about 12– and spent under $10. Not kidding. And one of those is a favorite. 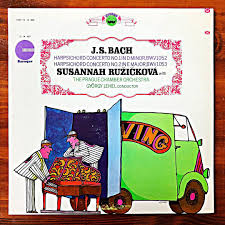 That pursuit of Bach has not abated. I now have close to 100 LPs of Bach’s music. I have read and own at least 10 books about him. And listened to an audio-book twice.

My in-laws invited us over for lunch one Sunday after church. And while we were waiting to eat, my father-in-law was genuinely curious as to why I had been listening to so much Bach. Words failed me and the only thing I could say was his music was “outside.”

And that “outside-ness” was refreshing like that first night when the air was crisp and Autumnal and we needed something outside of all that was part of the coming week. And that’s why I’m still listening almost a year later.

There is so much grief and brutality in the world. Some of that is external to us and exacted on us. But so much is within us too. So if you are looking for something outside of what you know because so much of what you know is flat and does not ring true, give Bach a try.

If you were to mention “The Sarabande” to a fan of Bach, they just might swoon right then and there. It is the epitome of simple beauty. So I leave you with the Sarabande from Partita No. 1, which sounds like music that has always existed and yet sounds as fresh as a newborn babe. And to hear it played by Hilary Hahn is a treasure we don’t deserve.