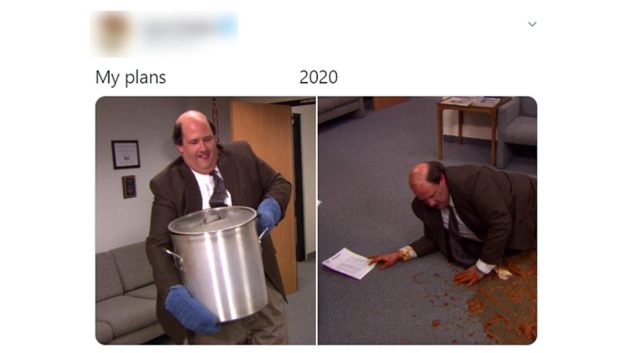 1. What if God does not look at 2020 like we do and does not think it is a bad year but a year in which his purposes for his people are being furthered?

2. The problem with slogans is they are propaganda. They are meant to do something besides say what you believe. They are more marketing than anything else. And because they are terse, they can be used to mean many things by a variety of people. And that can cause confusion. And what do you think about the ones who will not use the slogan you think is needed? Will you assume the best of them? Also, slogans are usually for a moment or a movement and not for the long haul over a lifetime. We ought to be very cautious with them.

3. To not hold Jesus up as a picture of spiritual, emotional, and mental health would be irresponsible.

4. Most people yearn for the life of the first century church they see in the Scriptures until someone points out the first century Christians lived and taught as if the Empire was a non-issue in their mission.

5. It is possible you can have spiritual health without starting your day with the Scriptures and prayer and instead reading the news and social media first thing in the morning. But I don’t how.

6. If you want to love like Jesus loved when he said, “Father, forgive them, for they do not know what they are doing,” I recommend starting with the cars that cut you off as you drive to and from work.

7. Anger at the Empire is almost entirely absent from the NT, except when we see how the disciples did not understand what Jesus was doing. It is possible the great majority of the American Church does not see what Jesus is doing, either.

8. You will have to dig for beauty in this world that prizes clever and cute and ugliness.

9. The primary political question of those who are citizens of the Kingdom of God is, “How do I love the King and other people?” This does not mean it is wrong to have any concern about the economy and the other concerns of earthly kingdoms. But those concerns are swallowed up in the love of God and neighbor. As soon as we look at the “other side” and scorn them and have no desire to love them, we have slid back into the operating according to the kingdoms of this world.