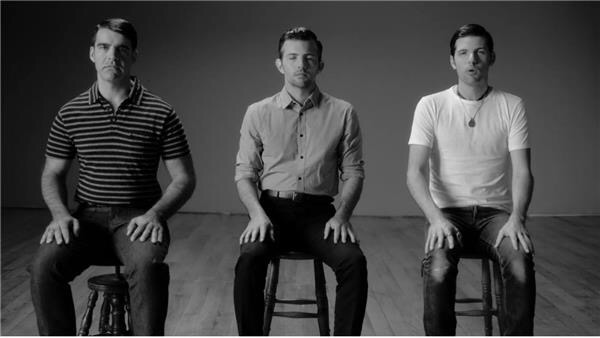 1. What is so unusual about the newest Avett Brothers album is it says things about those who would be our enemies that Christians should be saying but are not saying. Our culture creates enemies out of every opinion. It makes love harder than ever. True Sadness is an album of profound insight – seriously, really profound – throughout each and every song. But the song “No Hard Feelings” is a song I needed to hear over and over. I’ve included the video below.

2. The gospel is not merely good news among other stories. It is hope against all hope lost.

3. It seems to be customary on social media, particularly Twitter, to be against hate speech, while still feeling comfortable ridiculing your family publicly. This confirms that many who are against “hate speech” are actually more concerned about being part of the crowd that is against “hate speech.” They are not interested in loving people so much as being seen as the kind of person that does not participate in hate speech. For they make it clear they are okay with being seen as being unloving to their family. Which is cool on Twitter. And that’s what it’s all about, really.

4. When I order anything that is not through Amazon Prime I feel I just mailed off 8 box tops for an exclusive 3-D Bob Horner baseball card.

5. I’ve been thinking about Paul’s thorn. Wondering what mine could be. What do I pray to be removed but that God has graciously not removed? I know what it is. But it makes only a little easier.

6. There are Christmas traditions I hold dear, but none more so than turning off the radio when that Wham song comes on the radio.

7. There is a way to allow something that dehumanizes men and women.

8. The birth of Jesus was a political event. For he is the hope that ends all hope in rulers and politicians.

9. Christmas is for sad, disappointed people. The poor in spirit. Because that’s who Jesus came for.

10. The best part of the Christmas season is Bethany.

4 thoughts on “Random Thoughts for the Weekend”