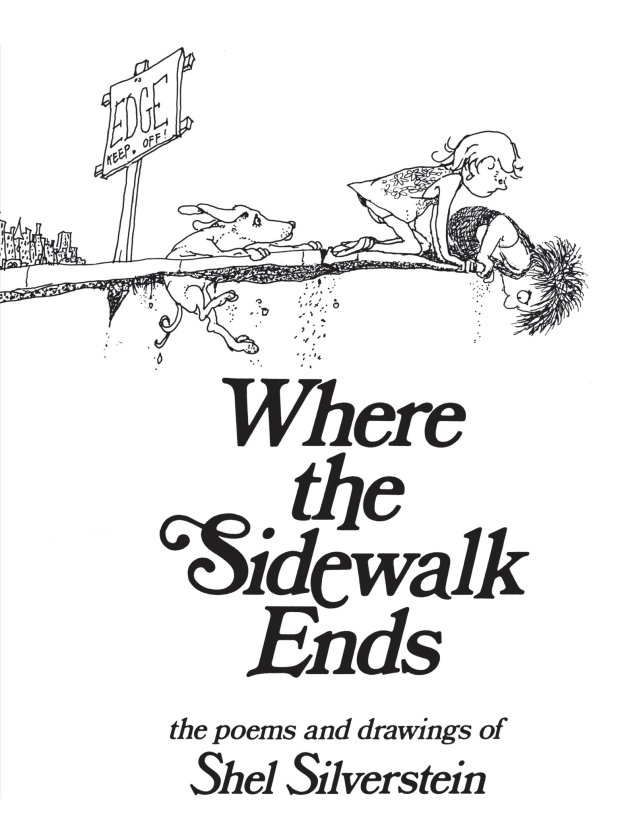 The first poems I remember loving were those of Shel Silverstein. I was in fifth grade and after telling my teacher and my class, “poems are for girls,” I found myself out in the hall with said teacher. But she wasn’t mad. Or at least she hid it. Instead she talked to me about what I said and then she gave me a Shel Silverstein book to read. I was so shocked at not getting in trouble, when I clearly deserved it, I read that book of silly poems.

Yes, they are silly poems, But there is depth, too. And beauty. There still is. I know because the same collection sits just a few feet from me as I type this, between Donald Hall and Wendell Berry. But what those poems really showed me without knowing it, is poems can easily deal with hopes that seems impossible. In a poem, you play with imagination. The veil between the kingdoms of this world and the unseen realities of the heavens can be looked behind. There is something child-like about the whole enterprise. And the older I get, the more and more, I appreciate this.

There is even some similar imagery. Even before I heard Malick call dusk, “the magic hour,” that time of the day held my attention. No matter the season, what is possible seems to expand during that short period where day and night meet in communion, the one waning and the other waxing.

Have you ever thought about the undeniable fact that we were all once little boys and girls, who held none of the cares of adulthood? We smiled easier and the world was bigger. Every one of us.

I try to remember.

I hope one day to be a little boy again
so I can have milkshakes with my dad
after getting out of school early
and driving to the dentist across town.

I hope one night I’ll lie down in the back
window behind the backseat of our Caprice
to watch the streetlights and stars fly by
as my mom cries to Hot August Night.

I hope to walk the aisles of K-Mart
looking for Hot Wheels and Star Wars
action figures while my dad buys
motor oil and spark plugs probably.

I hope one day to be a little boy again
and forget about all I’ve known in this
world of sex and violence and bills and
leaky faucets and mortgage payments.

I hope one day to be a little boy again
and take batting practice at dusk and
field fly balls as dad waits along the fence
and mom cooks cashew chicken at home.

I hope to just one more time play hard
throughout the day and then wake up
as my parents carry me from our couch
down that long hallway to my own bed.

One thought on “Everyday Poems #2, “A Little Boy Again””