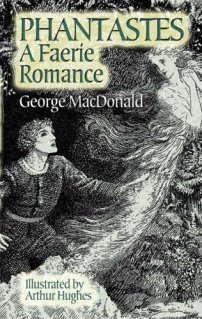 As I read Jane Eyre for the first time ((ducking)), it hits me all over again how much I love old novels. A good novel transports you into another world. Another world full of different characters you might never would have encountered otherwise. Another world replete with echoes of all your own hopes and dreams, failures and misfortunes. All of them dressed to the hilt in someone’s skin so different than yourself, either a hero or villain, you never notice till the reality lands on you like a hurricane.

And sometimes they are just fun.
The following are ten of my favorites in no particular order, many I’ve read many times over. And almost all of them you can read for free on your e-reader.
1. Pride and Prejudice by Jane Austen – It’s been called the greatest novel in the English language. Regardless, it’s my favorite. I’ll move along since I talk about my love for Austen a lot here.
2. Our Mutual Friend by Charles Dickens – I know Dickens fans who have never even heard of this one. But I think about it all the time. We watched the incredible BBC adaptation and I knew I had to read it. Bought it used off ebay and settled in to read this huge wonderful story. Great characters mired in existential difficulty dealing with tragedy, betrayal and deception.
3. The Brothers Karamazov by Fyodor Dostoyevsky – This is another book, whose scenes swirl in my head often. I used to work in the BBQ restaurant in college. One guy I worked with was a self-proclaimed redneck who was majoring in Russian Lit. And he could play the guitar like gabriel could play the harp. Anyway, he introduced me Dostoyevsky and Van Morrison. I’ll be forever thankful for both.
4. The Count of Monte Cristo by Alexandre Dumas – The only novel I’ve read more than this one is P&P. It’s an epic story with enough treasure and wonder and ships and grandeur for the kid in you. But the emotional turmoil of Dantes will beat about the soft edges of your heart till you cannot take it and you’ll have to put it down. before you pick it right back up again. Trust me on this one. Read it. The unabridged version.
5. Travels With Charley by John Steinbeck – Everyone talks about Of Mice and Men. But I loved this one more. I can only remember a few scenes because it’s been almost twenty years ago since I read it. But every now and then, I’ll see something or here someone say a few words and I’ll immediately think about this novel. I can’t explain it. But that’s a sign of some pretty good writing.
6. Dracula by Bram Stoker – When I decided to read this, I expected to get a chapter or two in and give it up. But I didn’t do that. I cannot recommend a book more highly which you might be doubtful about. It’s genius and beautiful and it made the hair on the back of my neck stand up. I know nothing about Stoker but if I found out he was a Christian I would not be surprised.
7. Phantastes by George Macdonald – It would do no good to tell you anything about this story. It’s so dream-like and surreal and beautiful and poetic and amazing and…I, uh…well, it’s a “a faerie romance.” Last year I was teaching Bible at a Classical School. The headmaster and I were at lunch and doing what I love more than anything, talking books over BBQ. He recommended this one to me. And I owe him.
8. The Wind in the Willows by Kenneth Grahame – Bought this on a whim. Van Morrison has a song called The Piper at the Gates of Dawn and the chorus is him singing “The Wind in the Willows/And the Piper at the gates of dawn…” over and over. It’s a beautiful tribute to a great book. It’s a children’s book but well worth your time. And when you get to chapter 7, titled The Piper at the Gates of Dawn, you’ll forget your reading a children’s book and you’ll wonder how you wandered into such greatness.
9. The Scarlet Letter by Nathaniel Hawthorne– Another one I think about all the time. And I’ve been thinking about it, ehem, even more in the last week. A classic story of ungrace, one of the seminal American novels.
10. The Lion, The Witch and the Wardrobe by C.S. Lewis – If you have not read this, we can’t be friends. OK, that’s harsh, you have one week, and then all bets are off. I read this one every year and live it often. I own four different copies. Wait, five…no six.

5 thoughts on “Tuesday’s 10: Some Great Classic Novels For You to Consider”