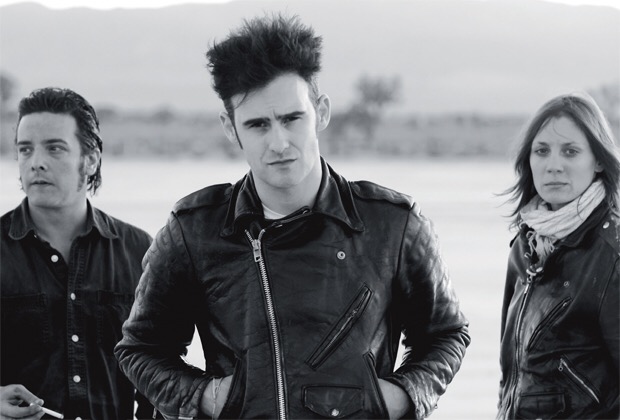 1. Did I mention that in 5 months and 24 days, I’ll see Black Rebel Motorcycle Club in concert? It will be more than 3 years since we were together.

2. One of the things that convinces me of the Bible’s truthfulness is my inability to grasp parts of it. Often it doesn’t sit well with my opinions. And sometimes I just don’t get it. This would have to be the case if it were God’s word.

3. There are two things Christians are getting wrong in politics. And they’ve been doing this for a long time. They are consumed with fear. And they cannot seem to talk about the people involved with love.

4. I cannot remember the last time I had pizza. It’s like we’ve grown apart.

5. I’m still thinking about that video with Bono and and Eugene Peterson talking about the Psalms. And I still agree without reservation. While there is some Christian music we can call honest, not a lot of it is. Which was Bono’s point. U2 is a stadium band. The kind of band with big sounds fitting well with what they sing about. Most of the names people are throwing around as a rebuttal to Bono’s statements are singer-songwriter types. All the bands with big sounds have traded in great songs for plastic anthems with knock off U2 or Coldplay riffs, in a bid to cash in on the worship music movement. I think Bono is right, without reservation.

7. As much as I enjoyed my son’s baseball season, it’s been nice to come home from work and go nowhere and eat together as a family.

8. I don’t mind working in the yard this time of year. But in August, when the humidity makes the air soupy, I’ll once again want to punch Adam in the throat before he eats that fruit.

9. I check my wife out when she walks across the kitchen.

10. Back to the conversation between Bono and Peterson on the Psalms and Christian. Back on October 12th, 2013, my best friend, Sean and I accidentally saw Black Rebel Motorcycle Club in concert at a small festival here in Birmingham. We were both blown away. Changed. I remember walking away and thinking, “That sounds like all I’ve been feeling and dealing with.” The death of my dad. Financial hardship. Misery at work. All that but still knowing there is something bigger than myself. It was a powerful thing and dare I say, life-changing? Before I got home from the show I wrote, “it was like every raw nerve being plucked by the holy God who flung it all into being.” I still stand by that. I don’t know any Christian music that sounds like that.